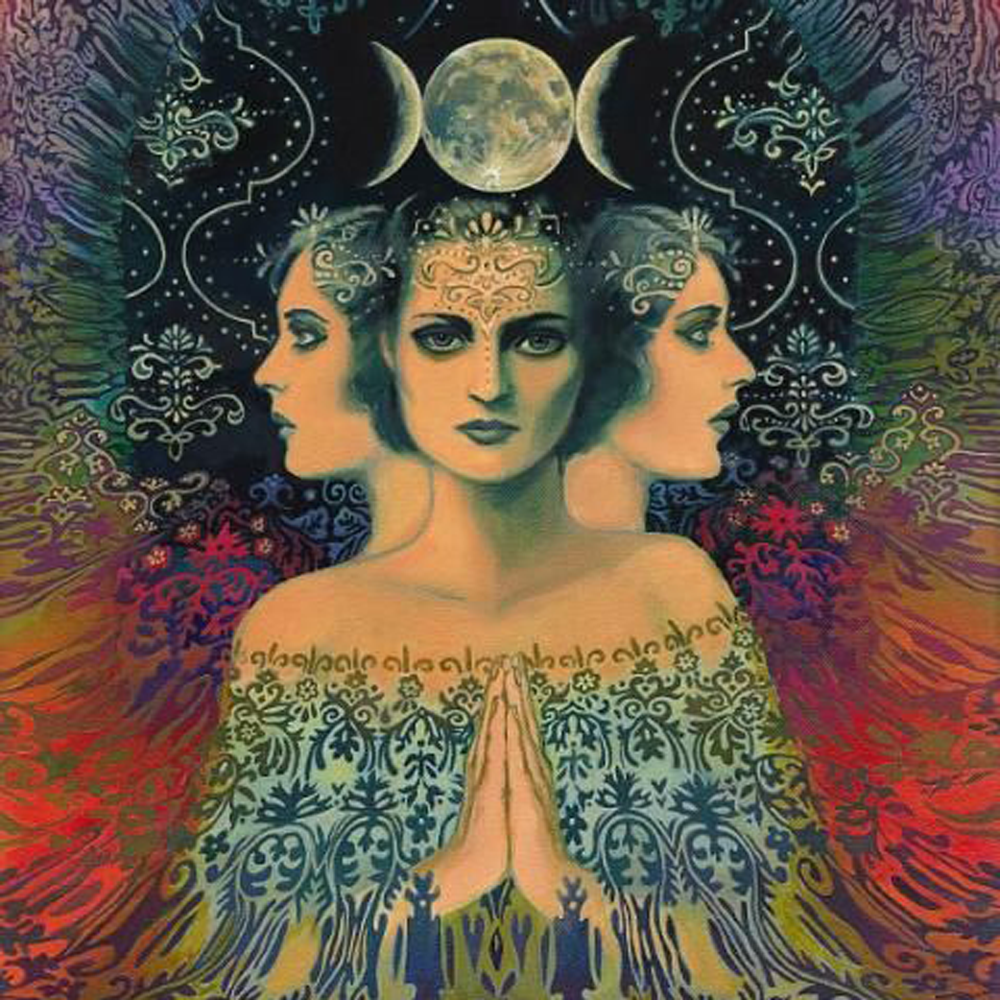 Tarot was always something in the field of my awareness that held an enormous attraction, but was not something that I felt confident to explore, or learn. Something I told myself that I was not skilled or intuitive enough to do…let alone anything that I could outright publicly admit to.

In 2016 I was part of an online course in which we explored our deepest unconscious desires and fears, embracing these as fulfillment states of aspects of our psyches. It so happened, that many people on this course were either skilled or had an interest in Tarot. Once again, I internally made a categorization of “them” and “me”: they had something I was unconsciously envious of but somehow didn’t feel equipped to pursue.

When we have an unconscious desire, it will show up repeatedly in our field of awareness and the trick is for us to become aware and follow these subtle (and sometimes not so subtle) messages and threads inviting us to the discovery of something new about ourselves.

In my case, I happened upon a random Facebook event – a “Tea and Tarot” morning at the home of a woman in my area. Nothing fancy, nothing intimidating, just a group of people gathering together, much like a book club. For me, this was non-confrontational and harmless enough that I indicated my interest and then showed up to attend.

And so a new love affair, learning the archetypal stories and hidden mysteries of the Tarot cards and how they can be used as a tool for self-discovery began…

Rachel Pollack in her book “Seventy-Eight Degrees of Wisdom” says:

“The Tarot, like many systems of thought, indeed like many mythologies, symbolizes duality as the separation of male and female….At the source of all these dualities we feel we do not know ourselves. We sense that deep down our true nature is something stronger, freer, with great wisdom and power; or else a thing of violent passions and furious animal desire. Either way, we know that this true self hides, or perhaps lies buried deep inside our normal, socially restricted personalities. But how do we reach it? Assuming the essential self to be a thing of beauty and power, how do we liberate it?

The disciplines we call the ‘occult sciences’ begin with a strong awareness of all these splits and limitations. They then go on, however to another idea, that there exists a key, or a plan, to bring everything together, to unify our lives with our hopes as we release our latent strength and wisdom. People often confuse the purposes of spiritual disciplines. Many think the Tarot is for fortune-telling, that alchemists want to become rich by changing lead to gold, that Kabbalists work spells by saying secret words, and so on. In reality, these disciplines aim at a psychological unification. The ‘base metal’ that the alchemist wishes to change to gold is himself. Accepting the doctrine that we have fallen from a perfect state to a limited one, the occultist does not believe we must simply wait passively for some future redemption by an outside agent. On the contrary, he or she believes it our responsibility to bring about the redemption by finding the key to unity.

The Tarot depicts a version of that ‘key’. It is not the key, just as it is not really a secret doctrine. It represents a process, and one of the things it teaches us is that we make a mistake when we assume that unification comes through any simple key or formula. Rather, it comes through growth and increased awareness as we travel step by step through the twenty-one stages of the Major Arcana.”

Why am I talking about tarot to an audience primarily concerned with sexuality and consciousness?

For me, Tarot represented something illicit. Engaging with it brought, and at times still brings, an element of secrecy, of hidden enjoyment. A fear of societal rejection – being regarded as an outcast. My inner Christian roots fear being ostracised and cast out or labeled as a heretic or a “witch”. At the same time, it gives me such a great sense of satisfaction and enjoyment…

I love the opportunity to connect with something greater than myself. Having access to a unified field and to a body of knowledge hidden in the great mysteries of the unconscious realms. I love learning about myself from an entirely different point of view and entry point – a tool to embrace my own archetypal sojourn into my psyche as the heroine in my “hero’s journey” through the universal archetypes.

Growing up in a religious home, sexuality and desire was a thing of great interest, but again, something for “them” and not for “me”. It evoked much curiosity but was something that I felt unequipped to pursue. There was a great fear of being outcast or regarded as “immoral” or even deviant, if I looked at it with more than just a “glance of curiosity” and of course…that which gets relegated to the deep underworld of our unconscious has a habit of finding its way to the surface to wreak havoc in our lives until it is consciously faced and embraced.

Just as my recent journey into Tarot came with an innocent knocking before taking over my life unlocking all manner of mysteries, so too did my journey into Tantra. A journey which has been and continues to be the ultimate “hero’s journey”. The discovery of “who you really are”…

However, as with everything – it required of me to take the first step. To show up. To say YES, to find a willingness…a willingness to honour my desires above my fears.

This journey of “honoring my desires above my fears” continues to challenge me. It is an ongoing process of not only being able to see beyond my fears, but in the first instance, being able to identify and name “what it is that I truly desire”. This was a question that Shakti repeatedly asked us: “What do you really, REALLY want?” and in “fairytale speak”: “What is it that your heart truly desires?”

In the past I have allowed my fears to take so much precedence over my desires, that I have not even given myself permission to know what it is that I desire. I held an unconscious fear that if I expressed my desire, I was somehow signaling to the “powers that be” to explicitly not give me what I want in order to teach me a lesson…to be more grateful, not entitled, not selfish etc etc. Equally, the fear of “not getting what I want” produces such a state of paralysis that I am unable to articulate what it is that I want in the first place…absolutely ensuring that I won’t get it! Ultimately, I am a prisoner of my own unconscious desires…and at the same time I am getting exactly what I unconsciously want… which is the alleviation of my fear – buying into them and creating the illusion of safety“…I cut my nose to spite my face!

What is the remedy? Getting really, really clear about what you really, really want…Breaking up with fear and paying homage to the altar of your desire.

On 13th July until 31st July 2018, registration will open for: Sexual Shadow Integration: A 9-month online deep dive into your sexual unconscious, where you will have the opportunity to learn how to become a force of desire and embrace all aspects of your sexuality. This course will address the dimensions of our sexuality that are held in the unconscious and answer questions such as: What to do about sexual fantasy arising? What are affairs about? What if I don’t feel any sexual desire? How do I get free from the memory of sexual trauma? How can I overcome the shame, guilt and embarrassment that comes up for me around sex? And many more…

This course forms part of the Totality Therapy Training and is the pinnacle of Shakti’s teachings. We are unsure whether this training will be presented again, so you are encouraged to participate in this offering now, while it is available.