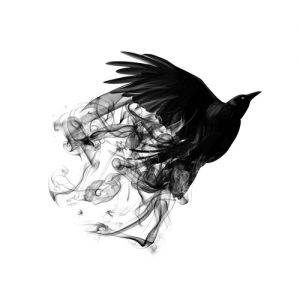 Much of the work of Tantra is about uncovering and integrating what has been lying hidden in the unconscious. The unconscious is where we store all suppressed experience, which includes all experiences that were too much for us to feel to their depths at the time of their happening. This can be anything from a sexual violation to the first time our mothers decided not to breast feed us any more. If the feelings that came up as a consequence of the incident were too much for you to deal with at the time, they would have been stored in the unconscious. Feelings only move through once they have been felt.

Why are we interested in integrating matter from the subconscious? Tantra is about your awakening – waking up to the truth of who you really are. On the way there, we get to face all illusions we have been holding on to. Repressed experience that is held in the unconscious becomes like a grid or a filter through which all of our life experiences get perceived – without us consciously knowing about this. We might see the signs – for instance, that we keep repeating the same patterns in relationship. But the cause is not visible to us. Unconscious patterns shape our sense of who we are from a place where we do not see this happening.

Much of Tantric technique is focused on enabling what has been hidden from you to become accessible and integrated.  A significant pattern that gets revealed when the unconscious gets integrated is that, somewhere along the line, we have felt like we were victims. It is about this that I want to write here.

A victim is someone who feels, or perceives themselves to be, helpless or having no control over the experiences which s/he is ‘forced’ to have. We have all felt like victims at some point in our lives. Here are some key principles for understanding how victimhood works.

If you have felt like a victim somewhere in your life, you have most likely also identified yourself with the rescuer role. In fact, ‘victims’ can become intensely identified with the rescuer role. Here is an example. If your experience of relationship has been that women get attracted to you because you can ‘rescue’ them in some way, then chances are that somewhere in your life, you have probably been feeling like a victim. We project the victim role out on to others because we find it too difficult to deal with in ourselves.

If your strongest identification is with the rescuer – often also called the healer – then have a good look too to see where the victim and the abuser in you are hiding away.

The victim, the rescuer and the persecutor form a triangle. If you identify with one of those roles, the other two will be strong archetypes in your living as well. Most likely, unconsciously so.

Power in the victim triangle

I know about all of this from personal experience of course. For much of the first half of my adulthood I was in the rescuer role. My uncovering of how this process played off in me took place over many years. An incident that shattered the illusions I were still holding on to was the following. For a good four years in my life, I was put in a situation where I had to assess the impact of proposed golf estate developments on vulnerable local communities who lived in the areas where the estates would be built.

Initially, I identified two clear polarities in the roles. There were the greedy go-getters – the developers who would do anything to get their multi millon rand developments approved – and the needy children – the vulnerable communities whom the developers tried to bribe by promising them houses. Leslie Temple-Thurston (see corelight.org) was guiding her students through processing these polarities at the same time that I was in the thick of it.

I discovered through my processing that the needy child and the greedy go-getter both exist very much in me as well. I started to own the anger that that the oppressor-oppressed relationship evoked in me as my own anger and vented the anger in my car and in my home. I took responsibility for what I was seeing happening out there. I owned both sides of the polarities in myself. I also saw that I was putting myself in the third position – that of the rescuer. In taking responsibility and facing my own internal reality, I got in touch with my authentic power.

I also started seeing very clearly how the power dynamic between victim, rescuer and persecutor works. The biggest shock for me was to realize how the vulnerable communities were using their victimhood to manipulate everyone around them. One particular community I worked in made this abundantly clear to me. Every leader amongst them had developed his/her own strategy for maximizing the leverage they could get out of their historical victimhood. As a result, a fierce competition developed between them all that became a terrifying maze for anyone wanting to engage with them.

The question I want to ask you is: how do you use your victimhood to gain power and control?

How the one becomes the other

By now I am sure you have noticed how any position in the victim triangle – victim, rescuer and persecutor – relates to the other two. Here are some examples. It is well known that people who abuse their children or wives, or who abuse alcohol, have often grown up in homes with abusive or substance abusing parents. A man who grew up with abusive parents may have coped as a child by adopting a rescuing position in relation to this sister. If he doesn’t resolve the unconscious victim triangle in him self, his rescuing of his sister may become an insistent habit towards woman which could become highly manipulative and disempowering towards women around him. He may be so determined to find the victim in women that he would unconsciously turn them into victims.

The social/environmental activist can end up using the same strategies – the same weapons – as the developers whom they regard as the enemy. They become predators just as much as rescuers. The drained mother/father can keep her/his children emotionally codependent by holding them responsible for the lack of energy that s/he feels.

The first step in breaking the cycle is to do some honest self reflection. Stalk yourself. Discover what you have been hiding from yourself. The role you are most likely to be aware of in yourself is that of the rescuer. The key question for the rescuer is:

Look at the emotional benefits you get from playing the rescuer. Perhaps being the rescuer is your attempt to avoid being in a position where you may feel rejected, abandoned or betrayed. More importantly, and more difficult to acknowledge to ourselves: The rescuer position comes with power and status. Rescuers are esteemed and given special privileges. They get access where others won’t be allowed in.

The same question of course applies to the other roles.

What is in it for you?

If you were orphaned or raped or abused and your identity has become attached to this experience, ask yourself: What is in it for me? Why am I holding on to this experience and this role? Why do I choose to stay identified with it? Begin by identifying how as victim you also play the tyrant and the rescuer. Then have a good look at what the victim role gives you. Being a victim implies that you have no choice, no power and no control over your experience. Where and why are you choosing to hide your personal power from yourself? Is it more comfortable for you to be pitied by others than to stand on your own two feet? Are you attached to the manipulative privileges of the victim?

If your main identification is with a position in which you have all the power – the tyrant role – you probably feel repulsed by or irritated with anyone who is identified with the victim role. You may even feel that they deserve what they get. The question again is: What is in it for you? Are you perhaps hiding some traces of the victim in you by projecting the victim out there? This brings me to the second step in breaking the victim cycle:

A projection is an experience or trait that we see in others but which actually resides in us. By their nature, projections are often external reflections or aspects of our own psyches that are unconscious to us. We are not consciously aware of those facets of our beings, or we are in denial about them. The projections you really need to look at will be in your face. You will notice them as patterns in the people who are in your life, or they will be unavoidably visible to you in your relationships with significant others. Begin with your parents: Which qualities do they have that really annoy you? Have a good look where you are hiding those qualities in yourself.

If you tend to see victims, rescuers or persecutors/tyrants out there, have a look to see where they reside in you. If you need to see healers all the time or need to have a teacher for everything, the same may apply.

There are a total of EIGHT key ways to break free from the Karpman Drama Triangle.  We have given you TWO of them here.  The other SIX are taught in our 7-week mini-course Basic Sexual Shadow Work.  We offer this course once per year.  The next live cohort will be beginning soon.  Learn more and register HERE or get a copy of the home study version of the course any time of year HERE.