In mythology, Mercury was the messenger of the gods. The one deity who could travel with messages between the upper and lower realms. The planet Mercury is thus associated with day-to-day expression and relationships.

Today the planet Mercury enters the shadow of its retrograde period. The period just before it turns fully retrograde on 31st October in Scorpio and remains until 20th November

Mercury retrogrades are generally regarded as periods NOT to set any deadlines, and are associated with miscommunication and havoc in the technological and internet worlds…..

Really, a period that a “sane” internet business owner would not schedule an email marketing sequence to prepare for the launch of a course!

However…. Sometimes, some things can be counter-intuitive…. And yet…. just make perfect sense…

According to Jamie Miller of Pandora Astrology:

“Mercury in Scorpio can test you in the deepest regions of intimacy, whether the intimacy in question is emotional, sexual or financial.

Emotional intimacy can be deepened by truth-telling and even more so by truth-hearing but beware of possibly treacherous waters ahead—if you ask for the truth from your partner, you’d better be ready for whatever they have to say.

This transit can reveal fatal flaws in a relationship. Sexual intimacy can also deepen or die during this transit but if you come to the conversation with genuine love and compassion, ready and willing to really understand your partner, you’ll have set the tone for positive changes.”

It may sound ominous, but the counterintuitive part of me thinks that it is a perfect time to focus on the conversations and intimacies between the inner relational parts of ourselves….

Especially the shadowy parts, which are not always so keen on us rocking the boat….

Although I believe that all of our inner aspects act with benevolence, whether that is to protect us from the ghosts of our pasts or from imagined terrors of annihilation (read: change), their chosen behaviours are not always best suited to our current conscious aims and desires (as attested in my previous mail).

Change is scary…. Change can feel like death. In fact, some change does equate to death for some of our inner parts and so it is no surprise that they will pull out all the guns to defend themselves! Guns like: “We have no money for this”; “I don’t have the time right now”; “I don’t need a guide, I can figure this out on my own” etc.

However, we need to ask ourselves the questions: What is the cost of me not pursuing this? The cost of ignoring hidden and uncomfortable parts. If not now, when? When I have tried without help before, was I successful? What am I resisting right now?

There’s a saying: “If you don’t feed your wolves, they will go out in the night and steal the sheep.” What this saying means is that if we ignore the job of taking care of your wilder, more untamed parts of yourself they will create havoc, destruction and chaos in our tamer more conscious parts of our lives. 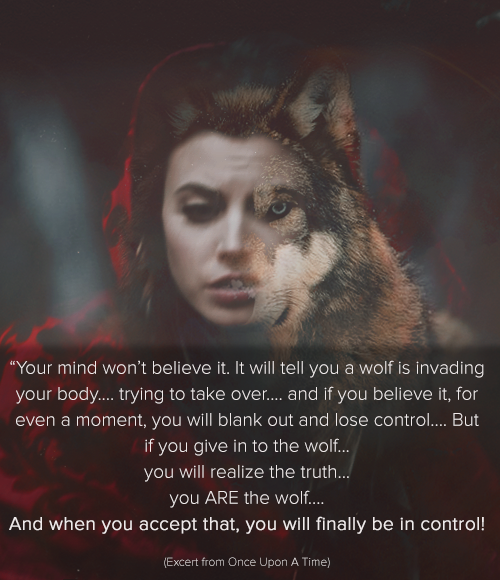 In a few weeks, just at the time that Mercury enters his retrograde in Scorpio, the time that he engages his underworld descent to receive the messages from below, I will commence a journey with a group of travellers for us to explore our murky relational depths. To discover our inner wolves which are desperate to go and steel sheep in the night.

Registration for the Soulmate Within Course will open on Tuesday 15th October. There will be an opportunity to book a seat to travel with me directly, on a one-on-one personalized journey where we specifically navigate the labyrinth of your mind. But beware, spaces for this will be limited so first-come-first-serve. Alternatively, for those of you who have other battles to fight, there is the opportunity to join the group course where you can travail the mysteries of your inner masculine and feminine dynamics… discover who is for and who is against your happy-ever-after.

Posted in Articles, Totality Therapy and tagged soulmate within