Finding my path to true love was not easy! In fact, before I could manifest the conscious reality I wanted, I needed to first acquaint myself with what was really going on in my unconscious.

It is said that our unconscious is running 90% of our actions and creations, leaving our conscious mind controlling the remaining 10%.

I liken it to a board of directors with voting rights. We may be consciously voting for something in our lives, finding the perfect partner, having a fulfilling vocation, enjoying loving community etc…

But if we are not experiencing this in our lives, then it is time to get really curious about what is actually being voted for at our internal board of directors meeting.

If you are experiencing some sort of other experience, which may in fact be the exact opposite of what you are proclaiming to want, then you can pretty much guarantee that there is a division of will between your unconscious and conscious voters….and unfortunately…. the unconscious generally trumps…

How to unite the will between your conscious and unconscious?

Therefore, the trick isn’t to “shame and blame” this unconscious board of directors casting their votes for the opposite experience of our what our conscious wills want. The trick is to get really curious about what and why they are voting for these “undesirable” circumstances, and bring our love, compassion and understanding to them.

Meeting my internal board of directors in charge of voting for my relationship life was an awakening experience for me….

The day came where my frustration as to why I was not in a relationship reached its pinnacle. I consciously told myself that I was attractive, intelligent, consciously aware, a good communicator etc. In my mind, all qualities which categorize me as a “good catch”. So why was it that I found myself so incredibly single?

To be very honest, I actually felt punished by the universe (or something) that despite all the “work” I had done on myself I still could not manifest that “special someone”.

Other people seemed to be able to have relationships…people who I thought were a whole lot less aware or equipped for relationship than me…..so what gives??

I sat down and got serious!

Ok…so if “having is evidence of wanting” I.e. if my internal board of directors with their 90% voting rights are set on this single life, who is voting for what and why? Which part of me is ecstatically thrilled with this creation? Which part of me really doesn’t want it any other way?

Despite the conscious part of me being in total disbelief that there would be another part of me so thoroughly on board… you guessed it! It was there!

I would say that digging down, delving deep and discovering this part of me remains one of the highlight moments of my personal discovery work.

As it turns out I found out exactly who was casting their ecstatic vote for singledom!

I grew up in a very conservative, patriarchal religion where ultimately my only worth as a woman was to be married to a “good husband’, bear children and tend the home.

The inner activist in me wanted to say a big FU to this lot…this notion that my worth was dependant on a man…shock and horror!  She therefore set out, in full force, to ensure that my value and worth would be entirely independent and ALL UP TO ME. So much so that even the fathers of my children both live continents apart from me ensuring that I remain fiercely independent and blazing my roar that I CAN DO THIS…. ALL ALONE AS A WOMAN. 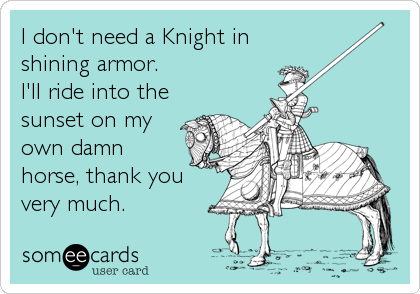 Of course…this creation, as much as it makes sense, and this part of me was feeling completely and utterly accomplished in what she was trying to achieve (where other conscious parts of me were struggling with feeling unaccomplished in parts of my life)... it was a little “cut your nose to spite your face” for the more conscious aspects of me which were frustrated and exhausted by this way of living.

And so the dialogue began….

The coming together of these two opposing parts in me… working to bring integration and unification of wills so that I have more choice in my conscious creations and outward manifestations.

So, if you are finding areas in your life where you are experiencing a division of will between your conscious desire and your unconscious creations (current reality), then it is worth asking yourself the questions that will identify the voters of your inner board of directors.

Become acquainted with them and spend some time dialoguing to identify their needs.

Starting 1 November during the Soulmate Within Course, you will have the opportunity to be supported by me to uncover and dialogue with these parts of yourself to discover their hidden treasures and bring unification of will in your life.

FIND OUT MORE HERE
Posted in Articles, Totality Therapy and tagged soulmate within