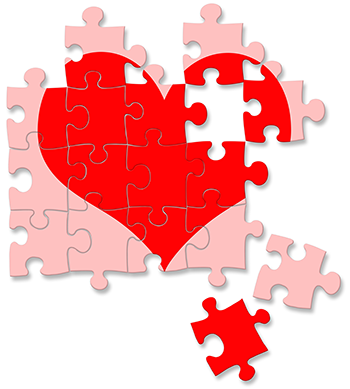 Plato once said that “Eros leads to gnosis”.  But what does that mean exactly?

This may all seem easier said than done, but that’s not so.

Shakti spent much of her teaching career supporting others in the exploration of their desire. She developed a beautiful modality called Totality Therapy (read more about this program here) to guide people on a healing journey back to their wholeness, their totality — the returning home of every lost aspect and rejected part.

Part of Totality Therapy is the use of Sexual Shadow Integration work to uncover and re-integrate what has been tucked away (or at times shoved away) into the unconscious.

So much of our living and loving comes from the unconscious, from things we are not consciously aware of.

Have you ever noticed how things you do and say have a repetitive, or even habitual, nature to them?

Like no matter how logical and rational you try to be, it seems that something else takes over and sends your interactions in dramatic, unexpected or unpleasant directions?

Many times no matter how hard we try, or how much we apply our conscious will power, what is held in the unconscious will keep pulling us away from the present moment.

In fact, some cognitive neuroscientists believe that 95% of our choices come from the unconscious parts of ourselves.  Makes you think twice about free will and being at choice, especially when it comes to sexuality, eh?

Additionally (and unfortunately) the unconscious mind cannot move outside its fixed programs – it automatically reacts to situations with its previously stored behaviour responses. AND (here’s the rub), it works without the knowledge or control of the conscious mind.  ...But that’s only until the unconscious is made conscious...

In the upcoming 9-month Sexual Shadow Integration program we will help you not only make sense of the unconscious’ influence on your living and loving, but on how to make your unconscious more conscious.

When that happens, you begin living (and loving) more from a place of presence, embodiment, attunement, and peace.  Your sexual encounters become more like a meditation instead of a duel, and your relationships embody more harmony and ease.
You’re less likely to repeat unconscious, habitual patterns.

This is freedom. This is the freedom to inhabit all aspects of your being, to release shame and repression, to disentangle from the beliefs of others and arrive fully into YOUR body and being.

We hope you’ll feel called to join us on this 9-month Sexual Shadow Integration journey.  This program is unlike any other because the teachings and learnings it is based upon are enormously unique, much like Shakti Malan was.  You can find out more information and register here.

Introduce yourself and your program
Your information will *never* be shared or sold to a 3rd party.
Scroll To Top